“Thanks Tara for always believing in me and making me feel like I was your only client. You made the impossible possible. Forever grateful.” 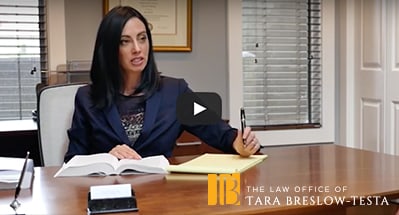 I commit to every Client that I will fight tirelessly for them, as if they were my only client, to achieve the best possible result. - Tara Breslow-Testa, Esq. -

HOW I CAN HELP YOU

Tara Breslow-Testa is ready to hear your story. You can expect her to treat you with compassion, respect, and dignity, regardless of your circumstances. If you have been charged with a crime, her first objective will be to get a dismissal of the charges. When a dismissal is not possible, she can strategically negotiate a favorable plea, avoiding jail time when possible. Monmouth County criminal defense lawyer Tara Breslow-Testa also can fight aggressively for you at trial if that is the best option. She is dedicated to protecting a defendant’s reputation, rights, and liberty. Tara Breslow-Testa represents people throughout Monmouth, Ocean, Mercer, and Middlesex Counties.

We defend people accused of drug crimes, DWI, sex crimes, domestic violence, white collar crimes, theft, and other offenses. It is critical to speak to an experienced criminal defense attorney if you are facing any criminal investigation or charge. As soon as she becomes involved in your case, Ms. Breslow-Testa will launch her own independent investigation to determine which vulnerabilities exist in the prosecutor's case, whether the police made errors, and whether your constitutional rights were violated. The prosecution must establish its case beyond a reasonable doubt, which is a tough standard, but it is important for an independent investigation to get underway as soon as possible so that the strongest possible defense can be mounted. The options may include getting the charges reduced, a negotiated plea with a lesser sentence, enrollment in a pretrial diversionary program, or trying to secure a dismissal at trial.

Drug crimes are taken seriously in Monmouth, Mercer, Ocean, and Middlesex Counties. If you are being investigated or have been arrested for a drug crime involving a controlled substance, you should contact us. The complicated New Jersey drug crime statutes divide controlled dangerous substances into five schedules, and sentencing varies depending on whether first, second, third, or fourth degree sentencing is involved. Sentences can be as serious as life imprisonment, but they are determined by whether you possessed a controlled dangerous substance for personal use or distribution, as well as the weight of it. In some cases, it may be appropriate to get your case diverted to drug court or pretrial intervention. In other cases, it may be possible for a criminal defense attorney in Monmouth County to show a constitutional violation to get evidence suppressed or the charges dismissed.

Driving while intoxicated (DWI) is a very common offense for which an individual may be vigorously prosecuted. In New Jersey, if you operate a motor vehicle with a blood alcohol concentration of .08% or greater, you can be guilty of a DWI. You can also be convicted of a DWI if your BAC is less than .08%, but you are impaired by the alcohol that you consumed. It is unlawful to drive under the influence of a hallucinogen, narcotic, or other habit-producing drug as well. The penalties depend on how much alcohol is in your system, as well as whether it is a first or subsequent offense. When your BAC is .08%-.10%, you can face imprisonment for up to 30 days, a three-month license suspension, a fine of $250-400, and additional penalties.

Sex crimes in Monmouth, Mercer, Ocean, and Middlesex Counties can include rape, sexual assault, sexual assault on a minor, child pornography possession, Internet sex crimes, and attempted rape or sexual assault. Often, a conviction will result in imprisonment, high fines, and probation. If it is a sexual assault conviction, you may be required to register under New Jersey's Megan's Law. This means that the conviction may haunt you for the rest of your life as you search for a job or look for a place to live. Monmouth County criminal defense attorney Tara Breslow-Testa understands the serious implications of this situation and can work diligently to devise a strategy to fight the charges.

In New Jersey, a juvenile may be taken into custody and adjudicated delinquent in connection with a crime. The philosophy of the Juvenile Courts is to rehabilitate when it is possible and punish when it is necessary. Juveniles can get a second chance, in which a charge will be erased in exchange for meeting specific conditions. Under 2A:4A-23, delinquency is defined as the commission of an act by a juvenile that would, if perpetrated by an adult, constitute a crime, a disorderly persons offense, or a violation of a penal statute, regulation, or ordinance. It is important to realize that if a juvenile becomes an adult and gets into trouble, a judge may review their juvenile record and make a decision based on the juvenile record.

Theft can involve car theft, credit card theft, shoplifting, or theft through deception or extortion. Most theft crimes are penalized according to the monetary value of what was stolen. The least serious theft crime is a disorderly persons offense, which involves the theft of something valued at less than $200. There are three higher degrees of theft: crimes of the fourth degree, crimes of the third degree, and crimes of the second degree. Crimes of the second degree include the theft of services or property valued at more than $75,000. Tara Breslow-Testa can represent Monmouth County residents seeking a criminal defense lawyer to protect their rights against a theft charge.

In New Jersey, violent crimes are the most serious crimes, and they carry the greatest penalties upon a conviction. Generally, an alleged perpetrator of a violent crime is charged when they use or threaten the use of violence against a victim. How severe the crime is and its nature will determine which penalties will be imposed, but often they include a long period of incarceration and hefty fines. Violent crimes include murder, attempted murder, assault, assault with a deadly weapon, armed robbery, kidnapping, domestic violence, petty disorderly persons offenses, and violent juvenile crimes.

Tara Breslow-Testa defends people in Monmouth, Mercer, Ocean, and Middlesex Counties who have been accused of or charged with white collar crimes, such as embezzlement, mortgage fraud, forgery, money laundering, tax evasion, bribery, identity theft, credit card fraud, blackmail, counterfeiting, extortion, pyramid schemes, investment scams, and misappropriation. These are usually nonviolent crimes, involving deception rather than force. Often, these crimes are perpetrated by using false documents or computers. The penalties for white collar crimes depend on the specific charges. How much money or property is stolen, the severity of the crime, and the number of victims are among the factors in the penalties that apply.

In addition to representing criminal defendants, Tara Breslow-Testa helps victims pursue compensation after an accident. Most personal injury lawsuits hinge on proving the negligence of the defendant. To prove negligence, you will need to establish that the defendant failed to use reasonable care as required in the situation, and you were injured as a direct result. A victim may be able to recover many forms of damages in these cases, such as medical expenses, lost income, and pain and suffering. Personal injury claims must be brought within a specific time window, so you should explore legal action promptly if you think that you may have a claim.

Car accidents can be caused by many different factors, including distracted drivers, drivers not following road rules or traffic signals, road hazards, and defective car parts. Sometimes insurance adjusters refuse to pay a fair settlement to a car accident victim. They may seek to find ways in which you were to blame, even when their insured's liability is clear. Tara Breslow-Testa understands that if you are injured in a car accident, you have enough on your mind without also preparing a lawsuit. She seeks damages for people injured in car accidents to make sure that they are fully compensated for their losses.

Whether you have been charged with a crime or have suffered injuries as a result of a car accident in Monmouth, Mercer, Ocean, or Middlesex County, Tara Breslow-Testa will develop a strategy that is tailored to your situation. She will aim to make you feel like her only client. Call us at (732) 784-2880 or contact us through our online form if you need a criminal defense lawyer in Monmouth County or assistance in a personal injury or harassment case.

LEARN MORE
Client Reviews
★★★★★
"I am thankful I have you as an attorney. After meeting with you I can see your reputation does you no justice to how really awesome you are. I am encouraged and elated. Thanks for being so good at what you do." Mario
★★★★★
"She is the best. Helped me with a criminal matter and handled my situation perfectly. Was very knowledgeable answered all my questions. Helped me get out of a bad situation when I thought there was no hope. She even called me the night before the court date to put my mind to rest..." Pedro
★★★★★
"Tara Breslow is by far the best lawyer. She makes the impossible become possible. If it was not for her.. I do not know where i would be. This is the lawyer you want. She is amazing!!..." Brittany
★★★★★
"I called Tara on a Sunday morning and to my surprise, she returned my call that same day. My son was facing serious criminal charges in Monmouth County that could have affected him for the rest of his life. However, Tara dug in and worked the case that resulted in a better than expected disposition. I HIGHLY recommend her to anyone facing any serious criminal charges." Jose
★★★★★
"Tara presented my case in a positive way, which resulted in a more favorable outcome for me. She advised me very well and helped me prepare for my court appearance. Tara is a very reliable and experienced attorney. If it weren't for her assistance, I would not have had such a positive outcome in my court appearance." Anonymous
View More
Submit a Law Firm Client Review
WHY CHOOSE US?
Will Personally Handle Your Matter
Defended Thousands of Defendants
Respected Legal Authority and Lecturer
Always Treat You and Your Loved Ones With Dignity and Respect
Over 17 Years of Experience
PRACTICE AREAS
VIEW MORE
A CAREER
COMMITTED
TO THE PEOPLE
RESULTS

Attorney Tara Breslow has a proven track record achieving exceptional results for her clients. She is a tireless advocate who has taken numerous simple and complex cases to trial resulting in not-guilty results. She is also a seasoned negotiator who will reach a fair plea deal or challenge your case at trial.

Ms. Breslow's combination of personalized attention and exceptional results places her a cut above other criminal defense attorneys.

Attorney Tara Breslow has experience dealing with all types of criminal matters, including indictables such as aggravated assault and drug offenses, as well as municipal, juvenile offenses, and traffic and DWI matters. 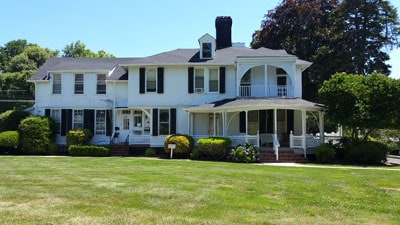 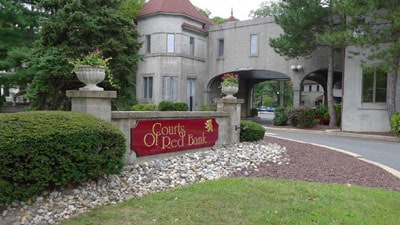 Our Red Bank Law office is conveniently located at 130 Maple Avenue, Suite WB5, in the Courts of Red Bank located around the corner from the Red Bank Municipal Court and a few minutes walk to the center of town.

We offer free consultations so feel free to stop by and discuss your matter.