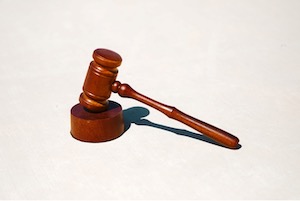 Many controlled substances, generally thought of as street drugs, fall under Schedule I. They are considered to have no medicinal use and a high potential for abuse. Schedule I drugs include:

Schedule II contains many prescription drugs. These drugs may currently or in the past have had a medicinal use. Still, they are now considered dangerous, with a high potential for abuse and dependence. Schedule II controlled substances include:

Schedule V controlled substances are considered to be the mildest. They include:

The federal drug distribution crime also includes possessing a controlled substance with the intent to manufacture, distribute, or dispense that controlled substance. This may be called "possession with intent" and is a more serious crime than simple possession. The intent to distribute may be established from circumstantial evidence, such as the number of drugs involved, or the presence of a scale, baggies, or large amounts of cash. Testimony from witnesses may also be used to prove intent to distribute the drugs.

As discussed above, it is illegal under federal law to manufacture, distribute, or dispense a controlled substance. "Manufacturing" drugs most often refers to growing marijuana or making meth in a lab, but it can apply to the manufacture of any drug. You may not even have to be directly involved in growing or making the drugs to be charged with manufacturing a controlled substance—in some cases, it is enough to have supplied materials to someone else who then uses those materials to make or grow drugs.

It is illegal under federal law to import controlled substances into the United States.

It is also illegal under federal law to export controlled substances out of the United States.

As with most drug crimes, the severity of the penalty for drug importation and drug exportation varies with the type and amount of drugs smuggled. If the smuggled drugs cause death or serious injury, the penalty can be severe—20 years to life in prison and a $10 million fine.

Manufacturing, Distributing, Or Possessing With Intent To Distribute A Counterfeit Substance

The penalties for manufacturing, distributing, or possessing with intent to distribute a counterfeit substance are similar to those for other controlled substances.

Drug trafficking is another term for the distribution of a controlled substance. Under federal law, anyone convicted of drug trafficking may be declared ineligible for federal benefits.

Racketeering is a very serious crime. New Jersey has its own anti-racketeering laws; however, we will only consider the federal crime here. Racketeering may be charged at the federal level under a law known as RICO. RICO stands for the Racketeer Influenced and Corrupt Organizations Act. It is a United States federal law created to provide additional penalties for crimes committed as part of an ongoing criminal enterprise. In other words, the RICO statute was created primarily to fight organized crime.

Racketeering is defined as receiving income from engaging in a pattern of racketeering activity or through the collection of an unlawful debt.

A "pattern of racketeering" requires at least two acts, within ten years of each other, that each qualify as racketeering activity.

"Racketeering activity" refers to a number of offenses. These include state crimes such as:

It also includes federal crimes such as:

"Unlawful debt" means a debt related to illegal gambling or to loaning money at an excessive ("usurious") rate. A usurious rate is a rate that is at least twice the enforceable rate or interest on a loan.

The penalty for each count of federal racketeering is up to twenty years in prison. Often, there will be multiple counts of racketeering in each case. Also, keep in mind that these RICO penalties are in addition to the penalties for the underlying crimes. The RICO statute also allows for large fines and forfeiture of assets gained through racketeering.

RICO also allows for civil suits by private citizens who were harmed financially by racketeering crimes. This can result in the plaintiff (the citizen making the claim) receiving treble (triple) damages from the defendant accused of racketeering.

The federal crime of conspiracy occurs when two or more people agree to commit a federal crime. Conspiracy does not require that the underlying act was actually committed, just that an agreement was made. In some cases, the prosecution will be required to prove that an overt act occurred to further the conspiracy. This means the conspirators must do more than just talk about the crime; they must actually take some action towards committing the crime.

Some common federal crimes that may lead to conspiracy charges are:

Money laundering refers to taking ill-gotten or "dirty" money and making it appear to be legitimate or "clean." Money laundering is a federal crime and a state crime in New Jersey.

Placement involves moving "dirty" money into the legitimate financial system. This may involve mixing illegally gained money with legally earned money (for example, putting ill-gotten cash in the cash register of a legitimate business), creating false invoices; putting money in financial trusts to conceal the owner of the money; and investing money offshore.

Smurfing is a form of placement. It refers to making many small transactions spread out over various accounts to avoid federal reporting requirements.

Layering (sometimes called concealment or structuring) refers to using various placement techniques over and over again, making it very difficult to trace the origin of the money. A series of shell companies may be used, or goods may be purchased and resold. Sometimes these transactions may occur in foreign countries or by using cryptocurrencies (such as Bitcoin or Ethereum).

Extraction (sometimes called integration) occurs when the money is finally used. The money returns to the money launderer via what appears to be a legitimate source. The money is now "clean" – it can be used for any purpose without attracting attention from law enforcement. The launderer may use this now apparently legitimate money to make expensive purchases, such as houses, vehicles, electronics, or jewelry.

Penalties for money laundering vary and can include substantial time in prison. Money laundering is often added to a list of other federal charges. These other charges frequently include fraud, embezzlement, or drug trafficking.

Wire fraud is a very broadly defined federal crime. Essentially, it includes any sort of fraud that involves phone lines, cell phones, or the internet in any way. Fraud is also interpreted broadly to mean any sort of false pretense or other wrongdoing that results in the victim losing something.

The following is a list of communications that may be involved in federal wire fraud:

Often, wire fraud is charged in addition to other federal charges. The penalty for wire fraud can be as much as 20 years in prison.

Federal mail fraud occurs whenever the U.S. Postal Service is used as part of a fraud. As in federal wire fraud, for purposes of mail fraud, fraud is interpreted broadly to mean any sort of false pretense or other wrongdoing that results in the victim suffering a loss.

Like wire fraud, mail fraud is often charged in addition to other federal charges. The penalty for mail fraud can be as much as 20 years in prison. If the fraud is related to a federally declared disaster (such as claiming to be part of a disaster relief program for hurricane victims) or if it affects a financial institution (such as a bank), the penalty is raised to a fine as much as $1,000,000 or 30 years in prison.

In 1996, the United States Congress passed the Violence Against Women Act, which included an anti-stalking law. Under this law, it is a federal crime to cross state lines to stalk or harass another person. Crossing state lines is a broad concept - if a telephone, the internet, or the US mail is used in the course of stalking someone, you may be charged with a federal crime.

The federal law states that you commit the crime of stalking if you:

Under the federal stalking law, "course of conduct" is defined as two or more acts that form a pattern showing a consistent purpose.

New Jersey has its own stalking law.

If you have been accused of a federal crime, know that you do not have to face this scary situation alone. An experienced federal criminal defense attorney at Tara Breslow-Testa and Associates is here to help. Our highly skilled lawyers have years of experience protecting the rights of defendants charged with federal crimes. In fact, experienced criminal defense attorney Tara Breslow-Testa personally handles all cases at the firm to ensure quality representation. Tara Breslow-Testa gives careful attention to all steps in the process to meet the individualized needs of her clients. With offices throughout New Jersey, we are standing by to help you. Reach out for a free, confidential consultation today at (732) 784-2880 or online.