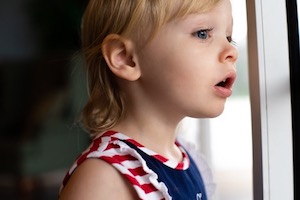 If the state has charged you or someone you know with child endangerment in New Jersey, it is important that you consult with an experienced New Jersey criminal defense attorney at Tara Breslow-Testa and Associates as soon as possible. The sooner your defense team begins working, the better your defense strategy. Attorney Tara Breslow has extensive experience successfully defending clients in child endangerment cases. She handles all cases herself and gives each case the individual attention it deserves, which is something you don’t see in most criminal defense firms. To schedule a free, confidential consultation, contact us at (732) 784-2880 or online.

You do not need to harm a child for the state to charge you with child endangerment. However, it must be a result of more than a simple mistake. Suppose you sent your child to daycare, and an employee performed indecent acts in front of them without your knowledge. You continued to send your child because you did not know about the crime. In this case, that does not rise to child endangerment on your part because it is a mistake.

New Jersey courts have found that sexual conduct can include hugging and kissing a child for sexual gratification, showing obscene child material, asking or instructing a child to perform sexual acts, or performing sexual acts in front of a child. In sexual conduct child endangerment charges, the prosecution must prove beyond a reasonable doubt the defendant:

Under New Jersey law, it is a second-degree crime if a parent or someone with a legal duty of care for the child abuses or neglects the child. If there is no duty of care, abusing or neglecting a child is a third-degree crime. For third-degree child endangerment charges, the prosecution must prove the following elements beyond a reasonable doubt. The defendant:

As discussed above, two degrees of child endangerment are second and third. However, if the child endangerment charges include sexual conduct, the state may impose additional penalties, such as Megan's law and parole supervision for life.

A third-degree child endangerment conviction will result in up to 5 years in prison and a fine of up to $15,000.

A second-degree child endangerment conviction will result in 5 to 10 years in prison and a fine of up to $150,000.

A child endangerment conviction (second or third) involving sexual conduct will result in Megan's Law sex offender registration. Megan's law is a federal law that requires the release of relevant information to protect the public from sexually violent offenders. As a result, the law requires an individual convicted of sexual conduct or child endangerment to register annually with their local police department, report any address changes, and have their identity posted on the New Jersey Sex Offender Registry.

If a jury convicts you of child endangerment involving sexual conduct, you may also receive parole supervision for life ("PSL"). PSL means that for a minimum of 15 years after your release from prison, you will be required to follow the rules and conditions set forth by your parole officer or return to prison. The restrictions that an offender on PSL may face include:

Additionally, an attorney may be able to get you into a pre-trial intervention if you are eligible, which would allow you to avoid prison.

If you or someone you know has been charged with child endangerment, contact an attorney at Tara Breslow-Testa and Associates. Knowledgeable criminal defense attorney Tara Breslow-Testa lends her expertise to each client’s case and personally handles each matter from beginning to end. She can protect your rights and help get you the best possible outcome available given the circumstances of your case. Contact Tara Breslow at (732) 784-2880 or online for a free, confidential consultation.