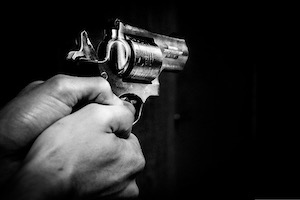 The Graves Act governs sentencing for those who are found guilty of possessing particular weapons. This Act permits lengthy incarceration in the event of a conviction. The Graves Act is described in N.J.S.A. 2C:43-6 of the New Jersey Criminal Code. If a person is found to be in possession of a gun or engages in certain criminal activity while in possession of a gun, the court must sentence them to jail with mandatory minimum terms as a result of this Act. Under the Graves Act, a court must order that offenders serve between one-third and one-half of their sentence (or 42 months, whichever is greater) at a minimum before they can be eligible for parole.

Prohibited weapons under the Graves Act include:

These lengthy sentences can be imposed even if the defendant has no prior criminal history.

Offenses Subject To The Graves Act

The following are some criminal offenses that are subject to the Graves Act. These include, but are not limited to:

In New Jersey, it is illegal to 1) possess a firearm in certain places, 2) use a firearm during specific hours, and 3) transport a firearm in a particular manner.

Pointing a gun at someone will result in aggravated assault charges and, possibly, felony gun possession.

The mandatory sentence for a fourth-degree crime is 18 months in state prison. This sentence must be entirely served without the possibility of parole.

The No Early Release Act applies to second-degree felonies, which carry prison sentences of 5-to-10 years. The Graves Act stipulates that a mandatory minimum sentence of 42 months in state prison must be served before a person is eligible for parole for a second-degree crime. An example of a second-degree felony is possession of a firearm without a permit. The minimum still applies even if the offender possessed a valid permit from another state but did not have a New Jersey permit.

The minimum period of parole ineligibility or the “mandatory minimum sentence” for offenses under the Graves Act is 42 months or one-third to one-half of the imposed sentences, whichever amount is greater.

Many out-of-state visitors to New Jersey are lawful gun owners in their home states. They may cross the border into New Jersey with their weapon and then have the unfortunate experience of being stopped. These motorists, many of whom operate commercial trucks or are tourists, inform the authorities that they're armed. Unfortunately, they may be detained in New Jersey even though they've followed gun possession laws in their home states. When an officer discovers that a person is in possession of a weapon that is not subject to a valid New Jersey license, that gun owner will be arrested. They may then be charged with a second-degree offense under the Graves Act.

To address this challenge, the New Jersey Attorney General issued a directive granting prosecutors discretion in these cases to unnecessarily avoid prosecuting otherwise law-abiding citizens from other states with permit-related offenses in The Garden State. Fortunately, this exception makes it possible for some gun owners from other states to enroll in a Pretrial Intervention (PTI) program in order to evade conviction and the Graves Act's mandatory sentencing requirements.

When facing a conviction for a Graves Act offense, the only way to avoid prison is to obtain a waiver of the requirement that the court imposes a mandatory minimum period of incarceration as part of the offender's sentence. To be eligible for such a waiver, the offender cannot have any prior weapons offense convictions.

In accordance with N.J.S.A. 2C:43-6.2, the prosecutor may ask the judge to grant a waiver so that an offender can either avoid jail time or serve a shorter sentence. These exemptions are designed to shorten the mandatory minimum sentence to one year of probation, allow for Pretrial Intervention, or create parole eligibility (with a guilty plea). A prosecutor can argue that a shorter sentence would be more in line with the interests of justice than the Graves Act's mandatory minimum sentence of three years.

The court will take both mitigating and aggravating circumstances into account when deciding whether to grant a waiver of the Graves Act.

The Graves Act imposes mandatory imprisonment sentences and can be applied rather unforgivingly. The consequences stemming from a Graves Act offense can have serious repercussions for your professional, personal, and family life. If you or a loved one is facing charges, under the Graves Act or otherwise, you want adequate care and high-quality legal representation from knowledgeable criminal defense attorneys that you can trust. Our attorneys at Tara Breslow-Testa and Associates, LLC, are prepared to vigorously advocate on your behalf and defend you from any charges you may face. The earlier we understand your circumstances, the more we may have to offer in terms of results. For a free case consultation, please reach out to us at (732) 784-2880, or contact us online today.

State of New Jersey website - Provides clarification of the Graves Act in a 2014 letter to prosecutors.