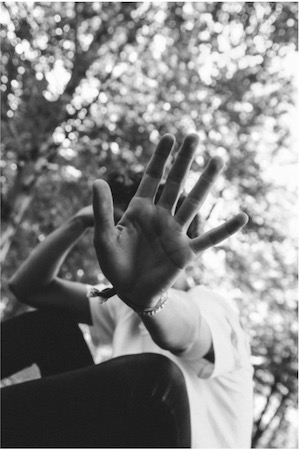 Juveniles (children under 18 years of age) can potentially be charged with almost any crime that an adult could be charged with. However, some crimes only apply to juveniles. The following are some common juvenile crimes you or your child may be facing in New Jersey.

In New Jersey, it is illegal for a minor under 21 to purchase, possess, or drink any alcoholic beverage in a public place, motor vehicle, or school.

It is not illegal under New Jersey state law for a minor under 21 to drink on private property. However, local laws may prohibit it.

Underage drinking is considered a disorderly person offense in New Jersey, and the minor may face a not less than $500 and up to $1,000. The minor may also have to attend an alcohol education program. This conviction will go on the juvenile's permanent record.

If a juvenile is caught drinking, or even possessing an unopened alcoholic beverage in a car, whether or not the car is running, they may face suspension of their driver's license for six months. If this sentence is imposed, the court will collect the juvenile's driver's license immediately.

There is a built-in exception to this law, where if a juvenile who has been drinking calls 9-1-1 to report that another juvenile needs medical attention due to their alcohol consumption, the caller will not be prosecuted, so long as they provide their name to the 9-1-1 operator and do not leave the scene before help arrives and cooperate with law enforcement. In this scenario, the juvenile who needed medical attention will also be immune from prosecution.

There is also an exception to this law for juveniles who work for hotels or restaurants and possess alcohol during their employment. For example, a 17-year-old waiter may deliver a glass of wine to a customer as part of their job without violating this law.

It is a crime in New Jersey for a juvenile (a person under 18 years old) to knowingly possess alcohol. There are some exceptions to this law:

If a person (juvenile or not) possesses a fake ID but does not try to use it, they may be charged with possessing a false document, a fourth-degree crime.

Making fake IDs is also a crime. If only one or a few fake IDs are involved, it is a fourth-degree crime. If more IDs are created, the sentence may be much more severe.

If a driver under the age of 21 has a blood alcohol concentration of more than 0.01% but less than 0.08%, they may be charged with Underage DUI (in New Jersey, it is officially called Underage Person Operating Motor Vehicle After Consuming Alcohol). The penalty for underage DUI first means not being able to obtain a driver's license for 30 to 90 days after conviction or after the juvenile is eligible to get their driver's license, whichever is later. Additionally, the juvenile will be required to perform community service for between 15 and 30 days and to attend an alcohol education program.

If a driver under 21 has a blood alcohol concentration of 0.08% or more, they will face the same penalties as an adult. This means up to 30 days in jail, license suspension for up to 6 months, a fine and fees in excess of $3,000, and required attendance of an Intoxicated Driving Program.

Juvenile drunk drivers from out-of-state will face the same penalties as in-state drivers. Therefore, juveniles from out of state will have to return to New Jersey for their court dates, no matter where they reside.

In New Jersey, drunk driving is not considered a crime but a traffic violation. This means it will not go on a juvenile's criminal record. However, it also means DUIs cannot be expunged; they will be a permanent mark on the juvenile's driving record. DUIs may appear on background checks and may affect your ability to get a job.

There is no separate crime for a juvenile possessing a controlled substance in New Jersey. However, drug possession, such as simple possession of marijuana, is a common juvenile charge. The law applies to both juveniles and adults.

A disorderly person's offense is simple possession of a small amount (50 grams or less) of marijuana. Possession of over 50 grams of marijuana is a fourth-degree crime in New Jersey. If the possession of a controlled substance occurs within 1,000 feet of a school, at least 100 hours of community service will be added to the penalty.

As a juvenile, the penalty for drug possession may end up being probation, time in a juvenile detention center, community service, counseling, and/or a fine.

Shoplifting is walking out of a store with merchandise that was not paid for. Shoplifting also includes concealing merchandise on your person in a way that deprives the owner of the benefit of the merchandise; purposely switching, altering, or removing a label or price tag and then attempting to purchase the item for a lower price; intentionally transferring an item to a different container to pay less for it; to intentionally under-ring an item (that is, to get the item to ring up at the cash register for less than what it is priced); and to remove a shopping cart from the establishment.

For adults, if the item taken is worth less than $200, it is a disorderly person offense, which is a misdemeanor that may result in a jail sentence of 6 months and a fine of up to $1,000. If the item is worth more than $200, the offense is a felony.

Fortunately, juveniles are charged differently than adults when it comes to shoplifting.

If the item taken by a juvenile is worth less than $200, it is a disorderly person offense, which is a misdemeanor that may result in detention of up to 6 months.

If the item taken by a juvenile is worth between $200 and $500, it is a fourth-degree offense and may result in detention for up to 1 year.

If the item taken by a juvenile is worth between $500 and $75,000, it is a third-degree offense and may result in detention for up to 2 years.

If the item taken by a juvenile is worth more than $75,000, it is a second-degree offense and may result in detention for up to 3 years.

There are many types of activities that may be charged as juvenile criminal mischief. Generally, they involve vandalism or purposely and knowingly damaging someone else's property. Examples of criminal mischief are: toilet papering a house, egging someone else's property, throwing a rock through a window, damaging another person's car, destroying a mailbox, stealing or defacing signs, and spraying graffiti on a building.

If a charge of criminal mischief involves graffiti, then the defendant may be required to pay to the owner of the damaged property restitution in the amount of the damage caused by the graffiti and to perform community service of not less than 20 days, which may include removing the graffiti from the property.

In New Jersey, the Casino Control Act makes it illegal for anyone under 21 to gamble in a casino or simulcasting facility. Underage gambling is a disorderly person's offense punishable by a fine of between $500 and $1,000 and a six-month suspension of your driver's license.

What is Juvenile Court in New Jersey?

Juveniles – anyone under the age of 18 – will typically be charged in family court. Family court is different from criminal court. Typically, there are no juries for juveniles, just a family court judge. A very important aspect of juvenile court is focusing on rehabilitation and accountability rather than punishment. The goal is to make sure the juvenile learns a lesson and does not commit future crimes. The focus is not on retribution for their wrongdoing.

Juveniles in court before a family court judge must have a lawyer to represent them. If their family cannot afford a juvenile defense attorney, they can apply to get a public defender assigned to their case. If a juvenile ends up before a Juvenile Conference Committee or a juvenile referee, they are not required to have an attorney. However, having an experienced juvenile defense lawyer on your side is always a good idea for any legal proceedings.

The juvenile court does not deal with crimes or convictions. Rather, it involves delinquency. Juveniles will not be convicted or found guilty; instead, they will be "adjudicated delinquent."

New Jersey has various juvenile court diversionary programs. These include Juvenile Conference Committees and Intake Services Conferences. These programs may result in conditions such as instigating a curfew, required counseling, evaluation, community service, the payment of restitution, or any other condition that will aid in the juvenile's rehabilitation.

Another important aspect of juvenile court is the fact that a juvenile record may be eligible to be expunged. Expunged juvenile criminal records are like they no longer exist. The juvenile with an expunged record is given a clean slate.

What are Aggravating Circumstances for Juveniles in New Jersey?

What are Mitigating Circumstances for Juveniles in New Jersey?

Juvenile crimes may not seem as serious as adult crimes, but they can have a lifelong impact on your ability to attend college, get a job, or participate in certain activities as an adult. Since the juvenile justice system differs from the regular criminal justice system, you may wish to hire a juvenile defense attorney to advocate for you or your child.

If you or someone you love has been accused of a juvenile offense in New Jersey, know that you do not have to face this scary situation alone. Tara Breslow-Testa and Associates is here to help. Our highly skilled lawyers have years of experience protecting the rights of defendants charged with New Jersey juvenile crimes. Indeed, skilled criminal defense lawyer Tara Breslow-Testa manages each case, giving clients specialized attention they may not receive at larger firms. With offices throughout New Jersey, we are standing by to help in juvenile criminal cases. Protect your rights by contacting us today for a free, confidential consultation at (732) 784-2880 or online.